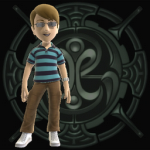 If all goes well, Fable Fanon will soon once again be a veritable source of Fable fan-fiction and other fan-created content. In conjunction with Fable Wiki, as in the days of old (back in 2008), we will restore this site to the glory it once had.

Pointers for the RP Guide Edit

With assist from this one and that one, as well as WikiP.

Unconfirmed, may need to rework/reorder/rename them:

Retrieved from "https://fablefanon.fandom.com/wiki/User:Enodoc?oldid=10587"
Community content is available under CC-BY-SA unless otherwise noted.