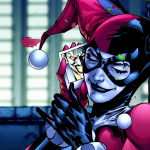 568 Edits since joining this wiki
January 2, 2012
0 Discussion posts
Henry Winstone is based in Western Australia, Australia with a certificate in Creative Writing and currently works in Market Research and Analysis as a Statistician/Data Processing Specialist, which sounds more interesting than it actually is.

Henry Winstone has been planning Siege of Samarkand since he finished Fable III and wondered what could happen next? The story was in its early stages, so infantile was it that Cera Augustine was the only character on board. It was not until early January, 2012 that Henry literally stumbled upon Fable Fanon. Finally having a place where he can brainstorm, as well as share his story, has he finally the inspiration and destructive perfectionism to forge on with the story.

Admittedly, his spelling is peculiar as it is the Queen's English, hinting to his hailing from Australia. Likely so, his name is not truthfully Henry Winstone, though it is similarly to his own that it passes as acceptible.

Retrieved from "https://fablefanon.fandom.com/wiki/User:Henry_Winstone?oldid=6046"
Community content is available under CC-BY-SA unless otherwise noted.